Is ham healthy? Many people aren’t sure what to think. On one hand, it is high in protein and low in carbs. But on the other hand, it is quite fatty and can be high in sodium. So, what’s the verdict? Let’s take a closer look at the nutritional facts of ham to find out.

Contents hide
1 What Is Ham?
2 Ham Nutrition Facts
3 Health Benefits of Ham
3.1 May Boost Muscle Mass
3.2 May Aid in Weight Loss
3.3 May Support Heart Health
3.4 May Boost Immunity
3.5 May Improve Brain Health
4 Drawbacks of Eating Ham
4.1 Can Be High in Sodium
4.2 Can Be a Carcinogen
4.3 Can Be Packed With Preservatives
4.4 May Contain Harmful Bacteria
4.5 Contain Saturated Fats
5 Is Ham Healthy? How to Choose the Best Type of Ham
6 Is Ham Healthy? Summary

Ham is a type of deli meat that is made from the hind leg of a pig. It is typically cured and smoked, which gives it its distinct flavor. Curing refers to the process of adding salt, nitrates, or other chemicals to the meat, which helps to preserve it and give it a pinkish color.

Ham is available in many different varieties, including pre-sliced packages, whole hams, and even canned ham.

Now let’s look at the nutritional value of ham and try to answer the question “is ham healthy?”.

One slice (28 grams) of ham contains:

So, is ham healthy? Now that we know the nutritional value of ham, let’s take a look at some of the potential health benefits it may offer.

Ham is a good source of protein, which is essential for building and maintaining muscle mass. In fact, one study showed that people who ate a high-protein diet lost more fat and retained more muscle mass than those on a lower-protein diet.

READ ABOUT:  What Is a Dysphagia Diet? Here's Everything You Should Know

May Aid in Weight Loss

Although ham is fairly high in calories, it is also quite low in carbs. This makes it a good option for people following a low-carb diet, such as the keto diet, Atkins diet, or South Beach diet.

Ham contains selenium, an important mineral that plays a role in heart health. Selenium helps to protect the heart from damage and reduce the risk of heart disease.

Ham also contains vitamin B12, which is essential for immune system function. Vitamin B12 helps to produce red blood cells and keep the nervous system healthy.

Vitamin B12 has also been linked to brain health. It helps to produce myelin, a substance that protects nerve cells and plays a role in cognitive function.

Is ham healthy? Overall, ham appears to be a fairly nutritious food. It is high in protein and low in carbs, and it also contains some important nutrients like selenium and vitamin B12. However, there are some drawbacks to consider.

Here are some risks to consider when answering the question “is ham healthy?”.

Can Be High in Sodium

Can Be a Carcinogen

Cured meats like ham are also high in nitrates. When nitrates are exposed to high heat, they can form cancer-causing compounds. For this reason, it’s best to limit your consumption of cured ham and other processed meats, and they may increase your risk of getting cancer.

READ ABOUT:  Diet for Gastritis – What to Eat and Avoid on a Gastritis Diet?

Can Be Packed With Preservatives

Ham can also be packed with preservatives, which may be harmful to your health. Look for ham that is made without sodium nitrite or other preservatives.

Ham can also be contaminated with harmful bacteria, such as Listeria, E. coli, and Salmonella. These bacteria can cause food poisoning, so it’s important to cook ham properly.

Pork products belong to red meats, which are high in sodium saturated fats. Saturated fats can increase your risk of heart disease and other chronic conditions. It can also lower your HDL (good) cholesterol levels.

Is Ham Healthy? How to Choose the Best Type of Ham

Now that we’ve looked at the potential health benefits and drawbacks of eating ham, you may be wondering how to choose the best ham for you. Here are a few tips:

Ham may be a tasty addition to your sandwich, but it’s important to remember about high sodium content and other risks we mention above. Ask your nutritionist how much ham you can consume and always choose good quality products. Thanks for reading! 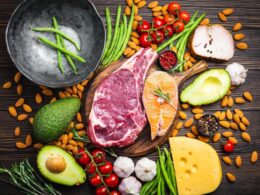 Liver Shrinking Diet Before Bariatric Surgery: What Is It? 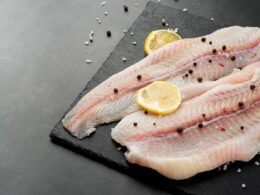 Is Catfish Healthy? Drawbacks and Health Benefits of Catfish 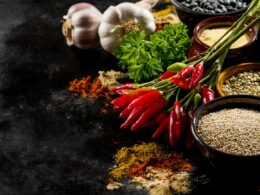 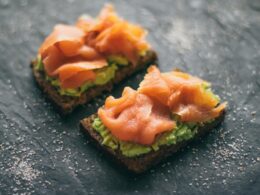 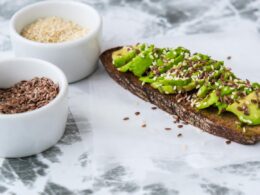 Is Guacamole Healthy? Health Benefits of Eating This Avocado Dip 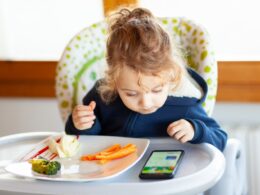 What Is a Dysphagia Diet? Here’s Everything You Should Know 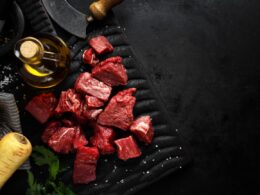 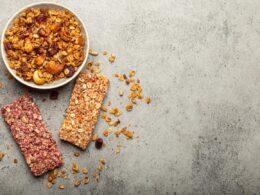 Is Cereal Healthy? Everything You Should Know About Breakfast Cereals 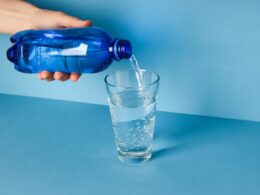 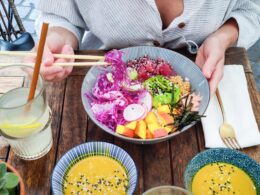 Is Poke Healthy? Everything About Poke Bowl – A Hawaiian Dish 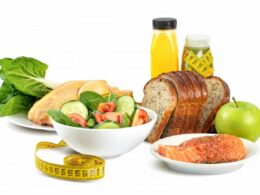 Diet for Gastritis – What to Eat and Avoid on a Gastritis Diet?