HomeCaloriesA Slice of Truth: How Many Calories in One Slice of Pizza

A Slice of Truth: How Many Calories in One Slice of Pizza

We all love pizza. It’s warm, it’s cheesy, it’s carb-y… and according to society, it’s bad for you. But is pizza really as unhealthy as we think? Exactly how many calories in one slice of pizza could there possibly be? In this post, we will discuss pizza calories. Stay tuned!

Can Pizza Be a Part of a Healthy Diet? Pizza Nutrition Facts

Like most foods, pizza isn’t either good or bad for you. It all depends on the ingredients. A traditional margherita pizza made with fresh mozzarella, tomatoes, and basil, for example, is going to be much healthier than a meat lovers’ pizza loaded with pepperoni, sausage, and ham. On average, a whole pizza contains around 1500 calories, and one pizza slice could be roughly calculated to 1/8 of that (190 calories). However, pizza is one very diverse dish, and calories in a slice vary from restaurant to restaurant.

If you’re looking for a truly healthy pizza option, your best bet is to make your own pizza at home using whole wheat dough (which is higher in fiber) and topped with vegetables like peppers, mushrooms, and onions (which are lower in calories). You can also go light on the cheese or use low-fat mozzarella to further reduce the calorie count. And don’t forget about portion control – a single slice of 12-inch pie should be enough to satisfy most people!

How Many Calories in One Slice of Pizza?

READ ABOUT:  How Many Calories to Eat During Intermittent Fasting 16/8 to Lose Weight

How Many Calories Does a Slice of Cheese Pizza Have?

A slice of cheese pizza from a typical chain restaurant can have anywhere from 200 to 350 calories. The exact number of calories depends on the size and thickness of the crust, as well as the amount of cheese and other toppings. A thin crust cheese pizza with a small amount of cheese is generally the lowest in calories, while a thick crust pizza with extra cheese and meat toppings is generally the highest in calories. While 250 calories may not seem like much, it’s important to remember that a slice of cheese pizza is typically just one part of a larger meal.

How Many Calories Does a Slice of Pepperoni Pizza Have?

If you’re craving some meat, you might ask: how many calories in one slice of pizza with pepperoni? Well, a slice of pepperoni pizza from a large chain restaurant can have anywhere from 300 to 350 calories. The exact number will depend on the size of the slice and the toppings. For example, a pizza with double pepperoni will have even more calories (up to 400) than one with just a single layer of meat.

How Many Calories Does a Slice of Veggie Pizza Have?

A slice of veggie pizza from a popular chain restaurant has 280 calories. While the pizza does have some vitamins and minerals, it doesn’t have much nutritional value. Not to mention, tomato sauce doesn’t count as a veggie source, and the other veggie toppings are usually greasy. And while a veggie pizza can absolutely be a part of a healthy diet, it cannot be treated as a veggie source.

READ ABOUT:  How Many Calories Should a 14 Year Old Eat? | Daily Calorie Intake

How to Enjoy Pizza

How many calories in one slice of pizza can there be? Even up to 400! But does it mean all pizza is bad? No! Pizza isn’t inherently “bad” for you – it all depends on the ingredients. And if you’re not sure about the particular calorie content, you can always ask the restaurant. They should be able to provide you with a nutrition chart, or at least some information.

However, if you’re looking for a healthier option, you can make your own pizza at home using whole wheat dough and topping it with vegetables. You can also go light on the cheese or use low-fat mozzarella. And remember: moderation is key! 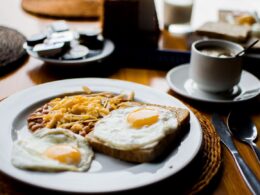 How Many Calories Should I Eat for Breakfast? Breakfast Calories Guide 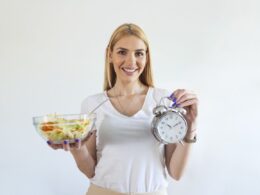 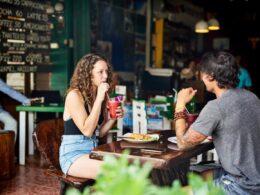 How Many Calories Should I Eat for Lunch? | A Guide to Calorie Intake 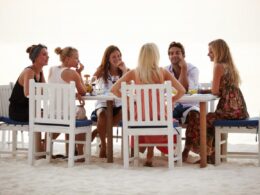 How Many Calories Should I Eat for Dinner? | Healthy Dinner Calorie Intake 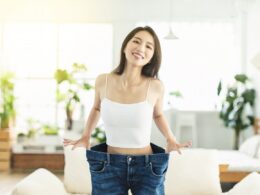 How Many Calories Should I Eat a Day to Lose 2 Pounds a Week? 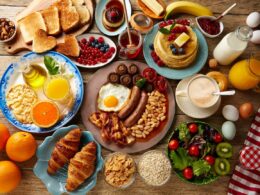 How Many Calories Should a 16 Year Old Eat Throughout a Day? 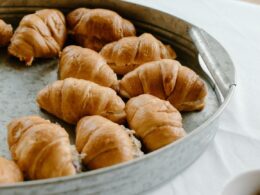 How Many Calories Should a 14 Year Old Eat? | Daily Calorie Intake 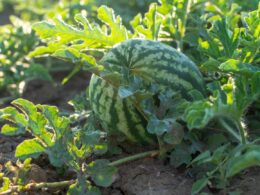 Watermelon Nutrition Facts: How Many Calories in a Cup of Watermelon